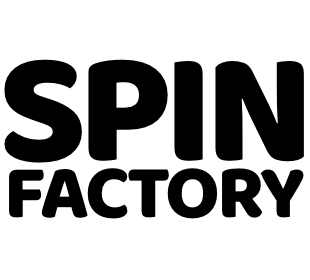 The Story Until Now

Mad Science Digital (MSD) was founded in Stockholm on March 3rd, 2013. The founder Jerry Silfwer had just left his role as COO and Partner for the New York-based social media intelligence agency, Whispr Group. The idea was to build a hybrid PR agency specialising in digital strategy, content, inbound, growth, and viral loops.

But instead of recruiting, the founder kept working as a freelance consultant and independent PR adviser. After two years, Jerry accepted the fact that his passion was working directly with clients rather than focusing on entrepreneurial efforts. To bookmark this insight, MSD switched its name to Spin Factory in 2015.

During the Covid-19 pandemic, worskhop- and seminar opportunities ceased, but was partially replaced with crisis communications projects. The office in Hammarby Sjöstad was transformed into a professional home studio. In 2020, Jerry also entered into a part-time role as the CEO for the research company KIX Communication Index with a proprietary method to establish communication maturity within organisations.

In the wake of the pandemic, and having worked closely with academic institutions and scholars on PR training and communication measurement, Jerry Silfwer founded Spin Academy in 2022. This marked a new focus on advisory, training, coaching, inspiration, and course creation.

Jerry Silfwer still consults a wide array of organisations, but today more in a strategic capacity as an advisor and PR trainer. Via his work at KIX Communication Index, 30+ large organisations have been measured and the company is on the doorstep of international expansion. In 2022, Spin Academy's first online PR course will be launched — The Playmaker.

To learn more about Jerry Silfwer, make sure to connect on LinkedIn, subscribe to the newsletter Spin Control, and check out the blog Doctor Spin.